Beginners Guide For Participating in the Land of the Giants Duathlon 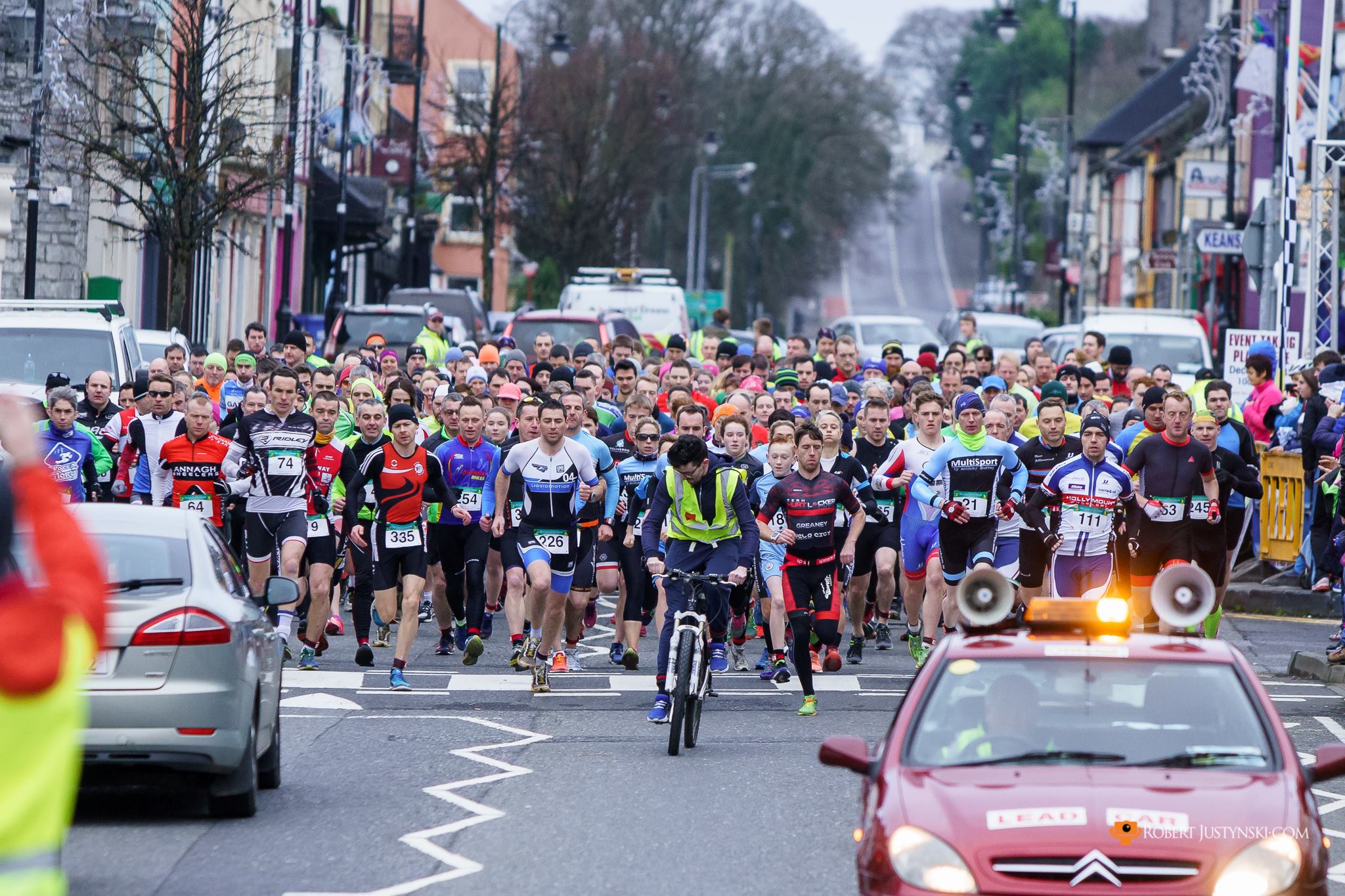 Claremorris hosted the 5th edition of the Land of the Giants Duathlon on December 28th 2016. This was one of the biggest ever held duathlons in the West, with nearly 400 taking part. It sold out weeks in advance so if you are interested in taking part in the 2017 event you should register early.

This year Anthony Murray from Westport took the win over John Greaney of Team Hurt locker Galway. He also broke the course record which now stands at 52:39 minutes. Full results on the raceface.ie website. This was my 5th time participating and I came 20th with a time of 01:01:22, slightly disappointing as I was 43 seconds quicker last year. However, it gives me something to improve on for next years event.

Beginners Guide For Land of the Giants Duathlon

With all my talk so far of record times and record participating you may think that duathlons are the reserve of the athletic elite. However, it is far from the case, the majority that participate in duathlons do so for the fun or as a personal challenge. You are free to do it at your own pace. However, you do need to do some preparation, not lot but just make sure you can jog at least 6km and cycle at least 20km.

A duathlon is also referred to as a multi-sport event. I was new to multi-sport events up to a few years ago but I had been doing a lot of leisure cycling and a small bit of jogging. My first duathlon was in Ballinrobe and while it was tough it felt like a great achievement at the time and gave me the appetite to sign up for another one. One thing I did in advance of my first duathlon was to do a 5km run after a 20km cycle.

Training and preparing for your first Land of the Giants Duathlon

Ideally your preparation should begin months in advance of the duathlon if you are new to running and/or cycling. Get out on your bike and try and get up to 50km cycles. You just need to get used to doing exercise for 90 mins or more.

As the duathlon is traditionally held a few days after Christmas, your preparation should begin right after Christmas day. Avoid too many sweets and crisps and make sure you are take on plenty of fluids.

You have to collect your competitor pack before you can participate in the event. Watch out for the sign on times but you can usually do so the evening before or from 8AM onwards on the day of the event. Don’t leave it to the last minute. Your competitor pack will include a number for your bike and an ankle chip that you must wear during the event.

Be sure to rack your bike at least an hour before the start time. Racking your bike just means parking it up and you must leave your bike helmet with it. A bike helmet is compulsory for the event. Once you have your bike parked up go for a warm up jog and you should be good to go.

For more information on the event itself, checkout this guide for participating in the land of the giants duathlon.