Published by Darragh Delaney on September 4, 2019

An Audax is a form of long-distance cycling. Participants strive to complete routes within specified time limits. Along the route each rider will have a card (known as a brevet card) stamped at a series of checkpoints demonstrating that each checkpoint has been reached in good time.

Most Audax events are self supporting. This means you must look after your own food and fluid requirements. Route maps are usually published in advance and most participants will download these onto a bike computer.

For the past few years I have only focused on road cycling on a road bike. This has included club challenges, racing and social spins. Every year I try and set myself some challenge or aim to try something different. Last year it was my club Mizen to Malin challenge. For the first half of 2019 I decided to aim to complete a MTB Audax. For the second half of 2019 I am going to focus on duathlon type events but more on that later.

A few years ago I did buy a secondhand full suspension mountain bike. I wanted to do some mountain biking and I got the bike at a good price second hand. However, it did not work out. I went to some technical trails but I was severely limited with my basic mountain bike handing skills. I traded it for a cyclocross bike but it did not stick around too long as I was using it mostly as a winter road bike.

This time I asked a few people who knew more about mountain biking than me and the advice was for me to go with a hard tail 29er. I went for a Kona Big Honzo DL. Had everything I needed. The only exception was pedals and I went with a set of Crank Brothers Mallets. They have a platform setup with the option to use shoe cleats. I use the bike for spins with the kids and short trips to the shops so the platform setup is handy.

As I mentioned earlier, an Audax is a self supporting event so you need to prepare well. Bring some food, fluids, tools, tube, money, and identification. For most Audax events you have to register in advance. Check the event page for details and the event page will normally have downloadable maps for the route.

For my first MTB Audax I decided to go for the Tubbercurry Offroad 200 Audax. Tubbercurry is around a 40min drive from my house so not much hassle to get to. The event itself is organised by Seamus O’Dowd who is responsible for many Audax events in the region.

I arrived on the morning of the Audax and signed in. Really good value at only 6 euros. At sign-on I got more info about the route and a brevet card. You must get this card stamped at predefined stops or in some cases you buy something in a specific shop and retain the receipt. There was two routes to choose from on the day, 100km or 200km. Most participants were opting for the 100km option.

There was a big mix of bike types. Hard tail, full suspension, fat bikes, cyclocross and gravel bikes. The ideal setup on the day was probably a light hard tail bike with medium width tyres.

We received a briefing from the event organiser and away we went. The first few kilometres were on road and it was very sociable, nice steady pace and everyone was talking. When we reached the first off road section the pace increased and participants broke up into smaller groups. I was with three other who were doing the 100km route and after around 15km I dropped off. As it was my first long Audax event I did not want to over do it early on.

I met these three participants shortly after when one of them punctured. They had a fat bike and did not carry a spare tube. It took some time with patches to seal the hole. You really do need to pack for breakdowns and a tube is a must no matter what type of bike you have. Once we got going again we stuck together and it was super fun. All sorts of terrain, gravel, forest, bog / peatlands, fields and roads.

At the half way point we had to buy an item from a shop to show that we passed this point. Instead of the usual chocolate bars a few of the lads went with bread, ham and an apple tart. It was quite a sight left on the footpath in front of us.

The second half of the MTB Audax had a lot of climbing which made it tough. I did most of it solo. Weather was good and so it made for some dramatic scenery.

After around 120km a few body parts started to hurt. Hands and various sores caused by the saddle. There was a shop at around the 160km mark and I only had an ice cream. This was a mistake as I needed more food after 10km. Thankfully the organiser had some fruit with about 15km to go. Lessons here, make sure you have an extra supply of food. Even one or two bars to cover for delays or slow progress. It may only be 30km to home but that can be up on two hours of hard work on a mountain bike.

I completed the event after 10hs 55min. I was cycling for 9hr and 32mins and the balance was for food and other stops. Overall I thought it was a fantastic event. Really tough but rewarding as a personal challenge. I will definitely sign up for a similar event in the future. If you want to try something different from the usual road events, an off-road event is an excellent alternative.

To finish I would like to thank Seamus O’Dowd for organising this event. Thanks also to Padraic Marrey, Michael Brady and Noel Brady who I cycled with for the first half of the MTB Audax. It was super fun trying to keep up with them at times. 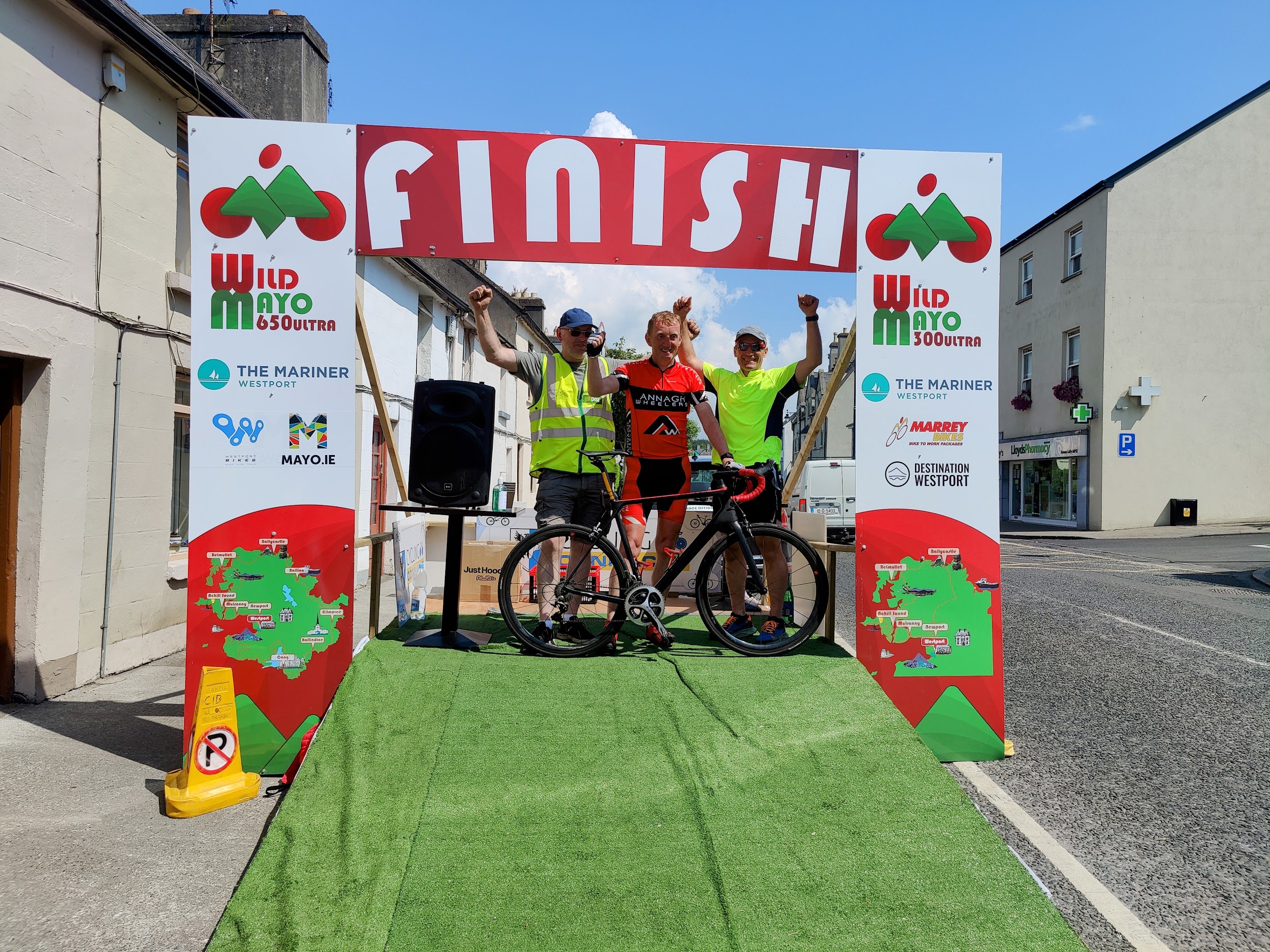 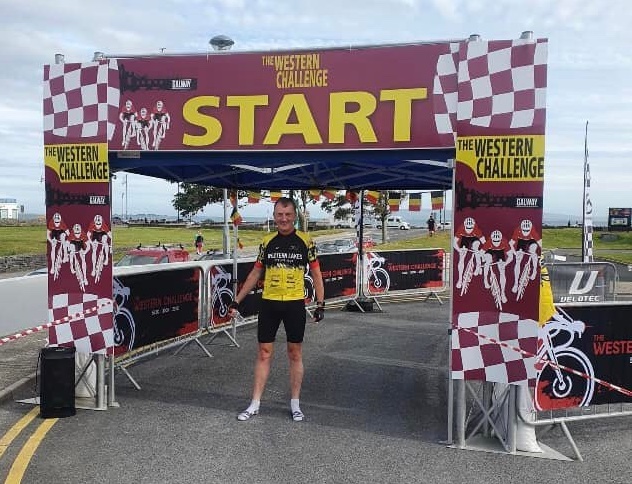 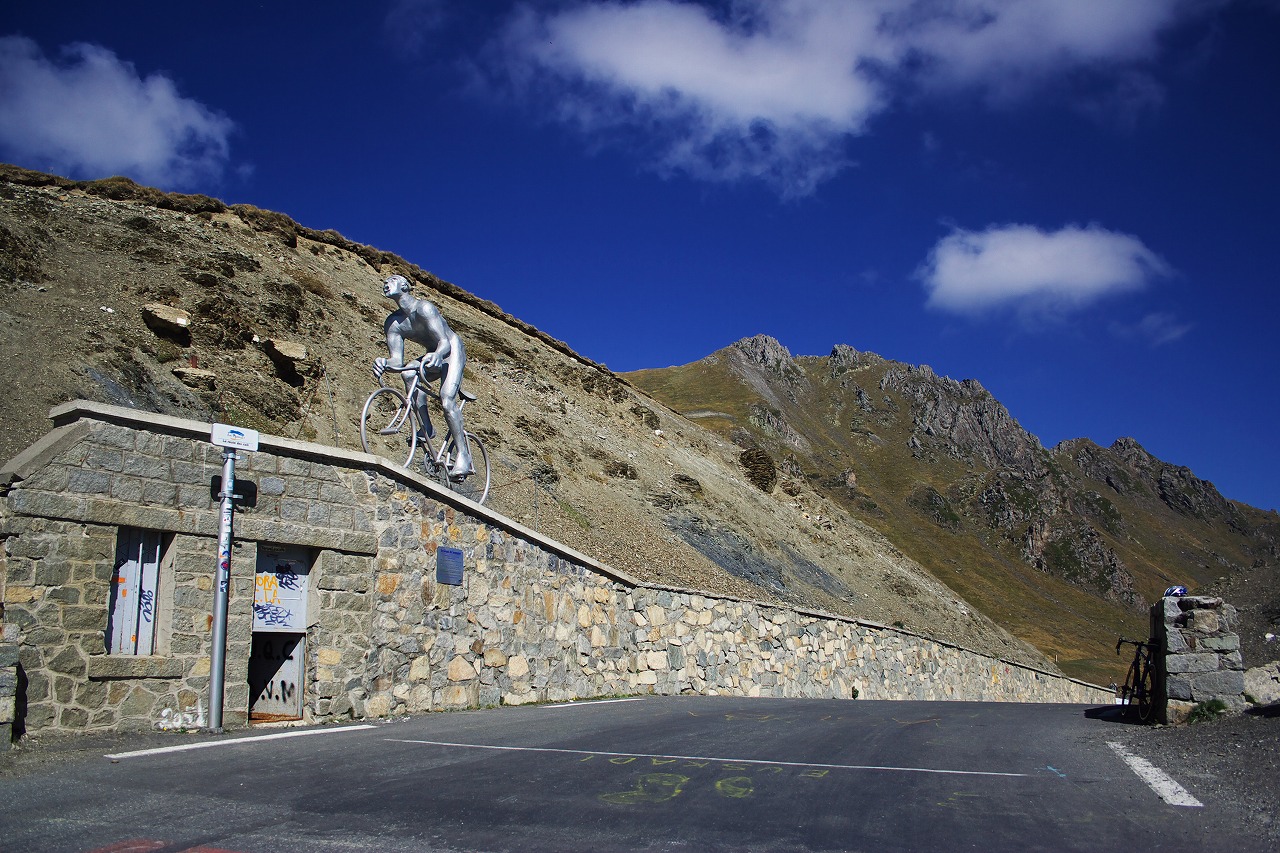 Planning a Cycle Trip Abroad. What You Need To Know