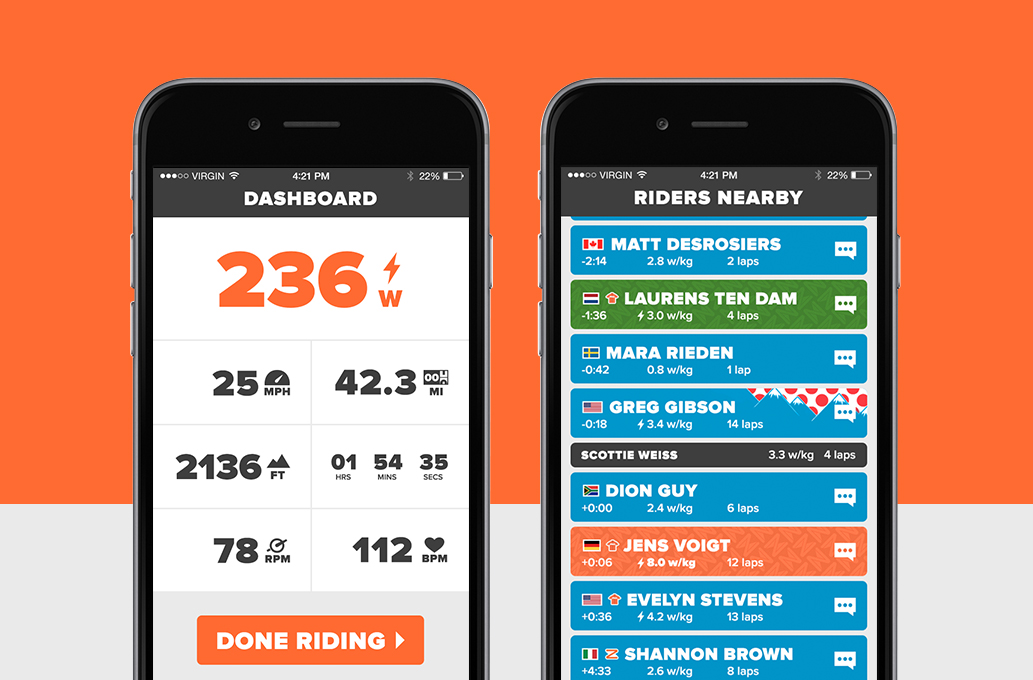 Zwift is a combination of things. Think Strava meets a graphical shoot-em-up video game. The idea is you cycle your bike while on a turbo trainer and the Zwift app puts you up against other cyclists around the world in real time. There is a list of equipment needed to participate

Once you have all your equipment you download the Zwift app to your laptop. It seems to run in a browser and is very resource intensive. Be sure to plug in your power supply. I only got 40 mins out of my battery the first time I tried the app. You need to have your laptop in front of you while on the turbo trainer so you may need to rig up some sort of tall table. A fan is also advisable and be sure to have access to plenty of fluids.

To get up and running you plug the ANT+ key into your laptop, scan for your bike sensors and you are ready to go. I just join without connecting with others but there is a facility to join groups. You can also download a companion app onto your smartphone. The idea is that when you are in the middle of a cycle you can send messages and interact with other cyclists from your phone.

As you can see in the image above there is a lot of data on the screen. The panel on the top left shows you your own stats while the one on the right shows you who else is participating. There are many vistas to select from but I use the default which shows ‘me’ in the foreground and other cyclists appear to the left, right or straight ahead.

What is my own opinion of Swift?

I think it’s an excellent concept. Even if you try and resist you will get sucked in. All it takes is for someone to pass you out and next thing you are sprinting to catch up with them. The virtual world is based around Swift Island and for me it take around 15 minutes to get around. A lap consists of a climb, sprint and a few other small hill. The graphics do a great job of convincing you that you are actually climbing a hill.

Earlier this evening I joined a large group and it really made me work hard. You can draft behind people and  I assume this makes things easier, just like on a real bike.

I can see myself using this for training going forward. It is not as structured as something like TrainerRoad but the random nature of Swift is one of its biggest selling points. You just don’t know what is going to happen next. The video below shows me going around a single lap of Zwift Island. It probably looks really boring but it’s one of those things, you really had to be there!

Since I published this Zwift have introduced training plans. Similar to TrainerRoad but not as many. I have tried two of them and they are good, you just need to ignore all the other riders around you and keep matching the required power output.